The adoption rate of mobile devices continues to soar, with Android leading the way. The open-source operating system that is led by Google is now found on more than half of all smartphones. In fact, research firm Strategy Analytics found that 81.3 percent, or 204.4 million, of smartphones shipped in the third quarter of 2013 were powered by Android.

This massive user base has caught the attention of cybercriminals, who have begun to double down on their efforts to illegally obtain personal information from Android owners. While most mobile malware is found in countries like Russia and China, users from Europe and the United States aren’t completely immune.

Bogdan Botezatu, a senior e-threat analyst for security firm BitDefender, explained in an interview with CNET that malware is more accessible than ever before because “no coding is required to bind Android apps with malicious programs.”

The analyst went on to say that “people look at phones more like phones, rather than intelligent computers,” adding that most people don’t understand that these devices are susceptible to malware similar to the strands found on PCs.

The most common malware regardless of platform is related to short message fraud and personal life invasion. Botezatu noted that “one of most important things that can happen with Android is privacy invasion.” Mobile malware can allow cybercriminals to intercept messages, monitor calls, steal personal information, and even listen in with the device’s microphone.

Perhaps even more troubling is that cybercriminals are now coming up with more complex ways to attack mobile devices, most of which are not protected. Botezatu pointed me to an alarming statistic from research firm IDC, which revealed that only 5 percent of smartphones and tablets have some sort of antivirus program installed.

While antivirus apps can help secure your device, there are other steps that can be taken to better protect yourself from encountering mobile malware.
We’ve detected that you need to upgrade or install Flash to view our library of thousands of tech videos. Installing Flash is fast, free, and easy! Simply follow the instructions from your browser, or click here to install/upgrade the free Flash player.

When downloading apps it’s imperative that you only do so from a legitimate app store; that means from companies like Google, Amazon, Samsung, or another major manufacturer or carrier.

These marketplaces are monitored and scanned for potentially dangerous or fraudulent programs. On occasion, however, malicious apps sometimes slip through the cracks, often disguised as legitimate ones.

A fake BBM app recently appeared in the Google Play store and managed to secure more than 100,000 downloads before being removed. The app itself was nothing more than a spamming service.

The fake BBM app is a great example. While anyone who actually read the reviews wouldn’t have downloaded it, thousands of users did. One of the best defenses against malware is to notice things like suspicious apps with outrageous promises, bad reviews, and sketchy app permissions.

Pirated apps
I’m not here to lecture you on the ethics of pirating programs (it’s illegal), but I am here to warn you about the dangerous that can come from it. As Botezatu said, taking a legitimate Android application package (APK) file and binding it with a malicious program is a relatively simple process.

Most pirated or cracked apps usually contain some form of malware. You could spend a couple of bucks on that game you always wanted, which in the long run will give you hours of entertainment and reward the developer for their hard work, or you can pirate it and put your personal information at risk. The decision shouldn’t be hard.

For those of you interested in sideloading apps, make sure to only do so with apps downloaded from a trusted developer’s Web site.

Google includes numerous settings in the Android operating system that can prevent malicious attacks. Devices running Android 2.2 or higher, which essentially means nearly all Android devices, have access to Google’s malware scanner. Prior to installing an application you downloaded outside of the Play store, Google will scan the app and warn you of any potential threats.

This feature is enabled by default and can be accessed in the Google Settings app in your device’s app drawer. Alternatively, devices running Android 4.2 or higher can access the feature by going to Settings, clicking on Security, and scrolling down to Verify apps.

Devices running Android 4.2 or higher are also protected from premium SMS charges. A notification will alert you if an app is attempting to send a text message using a premium service, at which point you can approve or deny the transaction. This feature is built directly into the operating system and does not need to be enabled.

While this may not be an option for most users, if there is an update for your device make sure you download and install it. Manufacturers, carriers, and Google are constantly pushing out updates with bug fixes, enhancements, and new features that can make your device more secure.

To check for an update on stock Android go to Settings, click on the “About phone” or “About tablet” option, and select System Updates.

The Google Play store is also home to hundreds of antivirus apps that can offer an extra layer of protection. Finding the right one, however, can sometimes be difficult. A simple “antivirus” search in the store yields more than 250 results. So which one should you choose?

Companies like Avast, AVG, BitDefender, Kaspersky, Sophos, Symantec (Norton), and TrendMicro have long and established histories as some of the most trusted brands in the industry.

Newcomers Lookout and TrustGo have also made a name for themselves as some of the top mobile security providers. Earlier this year, AV-Test, an independent IT security institute that ranks antivirus apps based on protection and usability, rated TrustGo and Lookout as the top two antivirus programs on the Android platform.

Each security provider I mentioned above scored higher than average for protection against malware, with most detecting malicious apps more than 99 percent of the time. Any of these programs would be a safe and smart option for your smartphone or tablet.

Many of these companies also offer additional features for a small monthly fee. These include things like anti-theft protection, safer Web browsing, device tracking, remote wiping, and more. It should be noted, however, that Google’s Android Device Manager offers similar functionality for locating a lost or stolen device. The tool can be accessed online or through a free app on the Play store.

As for antivirus programs, whether you opt for the basic or premium features, Botezatu noted that, at least concerning BitDefender, the basic malware protection is the same.

“We are trying to make security available to all users with no distinction,” he said, adding that the premium features are just an extra layer of protection. 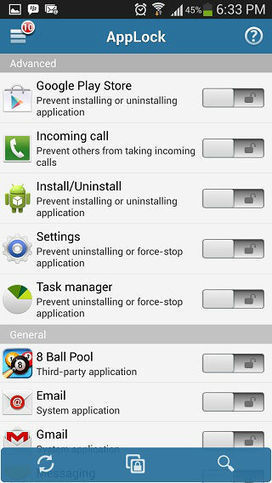 Ever find the need to password-protect apps on your Android device? Here’s a list of the best free tools from the genre available on the Play Store. 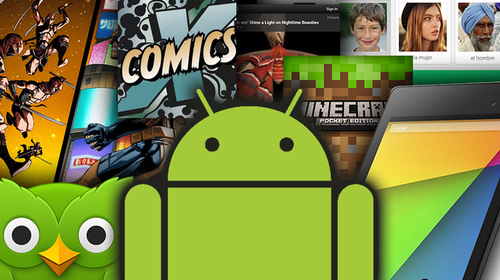 iPads get all the press, but Android tablets are coming on strong. Here are 12 cool apps that show off Android’s capabilities, entertain you, and help you be more productive.

When we talk about mobile and mobile apps, we often lump tablets and smartphones in together. But while they both use apps from the same store, tablets often fill a different niche than smartphones, and great apps for phones aren’t always great apps for tablets.

I used a Nexus 7 tablet for my Android tablet testing (including most of the apps listed here), and I’m often disappointed when a developer doesn’t include at least a modified layout for when their app is used on a tablet. Not only does it just not feel special, it ignores that tablets serve a different purpose than phones.

Think about it: your phone is on your person all the time; it’s there for fast responses and notifications. It’s there to keep you connected to a fast moving world, and to waste small chunks of time. The apps for smartphones that do well don’t overstay their welcome, and make the most of smaller screens.

Tablets on the other hand aren’t always within reach—yours might be in your bag, or on your nightstand. They aren’t as portable, but they make up for it with spacious screens and (sometimes) faster processors. These are the devices that are made to connect us to visual media—eBooks, articles, and images. These are also devices we’re expected to spend more time with, not just quick breaks or subway commutes. 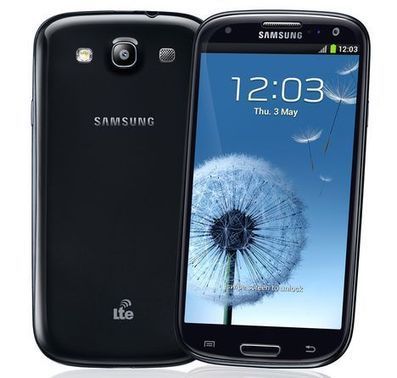 The Samsung GALAXY S3 Android 4.2.2 update will, according to insider information, fail, but it should give a GALAXY S3 update to Android 4.3

Google Inc is developing a videogame console and a wristwatch based on its Android operating system, according to a report in the Wall Street Journal.

The devices could be available as soon as this Fall, the report, which cited anonymous sources, said.

Google, the world’s No.1 Web search engine, is also working on a revamped version of the Nexus Q music-streaming device, the report said. Google unveiled the Nexus Q in June 2012, but never released the product, which received critical reviews.

Google is increasingly involved in the hardware business as it seeks to better compete against iPhone-maker Apple Inc. It acquired mobile phone company Motorola Mobility last year and Google is currently testing a wearable computing device known as Google Glass.

Google’s Android operating system is the world’s most popular mobile software, featured on three out of every four smartphones sold. A video game console could provide a significant opportunity for Google to expand Android’s reach beyond its stronghold in smartphones and tablets. 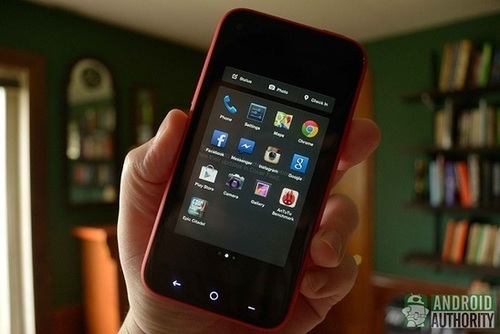 “Not all Android smartphones are created equal. And yet most of the very best models that have ever come out have one common ingredient: the stock Android operating system. Indeed, many of today’s greatest Android phones have been made available with nothing more than the bare bones version of Google’s famed mobile OS. To some users, it’s like the secret sauce. And Google, along with today’s many different Android OEMs, is just all too glad to fulfill the demand.” 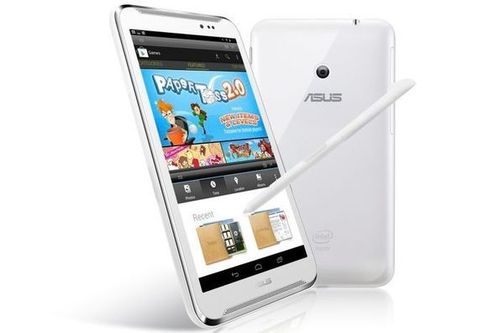 “Large smartphones seem to be as popular as ever and ASUS has just jumped into the game with the Fonepad Note FHD 6. It’s a 6in Android smartphone that comes with a stylus and it’s likely to compete directly withSamsung’s Galaxy Note II.