After a storm of negative comments from users, the Federal Trade Commission has begun an inquiry into Facebook’s latest privacy policies.

The Federal Trade Commission said on Wednesday that it had begun an inquiry into whether the social network’s proposed new privacy policies, unveiled two weeks ago, violated a 2011 agreement with regulators. Under that agreement, the social network is required to get the explicit consent of its users before exposing their private information to new audiences.

Facebook’s new policies make clear that users are required to grant the company wide permission to use their personal information in advertising as a condition of using the service.

Facebook says the language was in part required by a federal court. In August, a judge approved some of the wording as part of a settlement in a class-action suit brought by users upset at seeing their names and photos used to endorse products in Facebook ads sent to their friends. 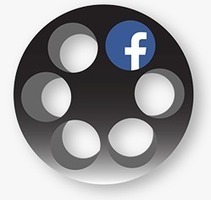 Mimicking the real-life game Russian roulette, the app gave Facebook users a one-in-six chance of deleting their own account before the social network deleted the app. Read this article by Steven Musil on CNET News.